James Montgomery Flagg was an American artist and illustrator. He worked in media ranging from fine art painting to cartooning, but is best remembered for his posters.

Flagg was born in Pelham Manor, New York. He was enthusiastic about drawing from a young age, and had illustrations accepted by national magazines by the age of 12 years. By 14 he was a contributing artist for Life Magazine, and the following year was on the staff of Judge Magazine. He studied fine art in London and Paris in his early 20s, then returned to the United States, where he produced illustrations for books, magazine covers, political and humorous cartoons, advertising, and spot drawings prolifically. At his peak, Flagg was reported to have been the highest paid magazine illustrator in America. 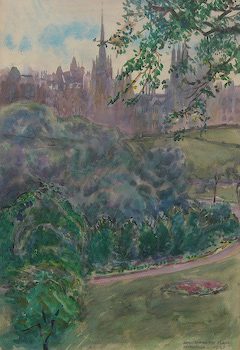