Basquiat was influenced at an early age thanks to his mother, Matilde, encouraging him to draw and participate in art activties. In his teenage years, he and his friend Al Diaz began to spray paint grafiti throughout the slums of New York, usually painting the phrase SAMO. In 1978, Basquiat dropped out of high school and left home. He moved into the city and lived with friends, surviving by selling T-shirts and postcards on the street. In 1979, Basquiat gained celebrity status amidst the thriving art scene of Manhattan's East Village, for his regular appearances on Glenn O'Brian's live public-access cable show, TV Party.

In June 1980, he first started to gain recognition when he participated in The Times Square Show, a multi-artist exhibition. In 1981, poet, art critic and cultural provocateur Rene Ricard published "The Radiant Child" in Artforum magazine, helping to launch Basquiat's career to an international stage. He continued exhibiting his works around New York alongside artists such as Keith Haring and Barbara Kruger; as well as internationally, promoted by his gallerists Annina Nosei, Vrej Baghoomian, Larry Gagosian, Mary Boone and Bruno Bischofberger. By 1982, Basquiat was showing regularly alongside Julian Schnabel, David Salle, Francesco Clemente and Enzo Cucchi, thus becoming part of a loose-knit group that art-writers, curators, and collectors would soon be calling the Neo-expressionist movement. 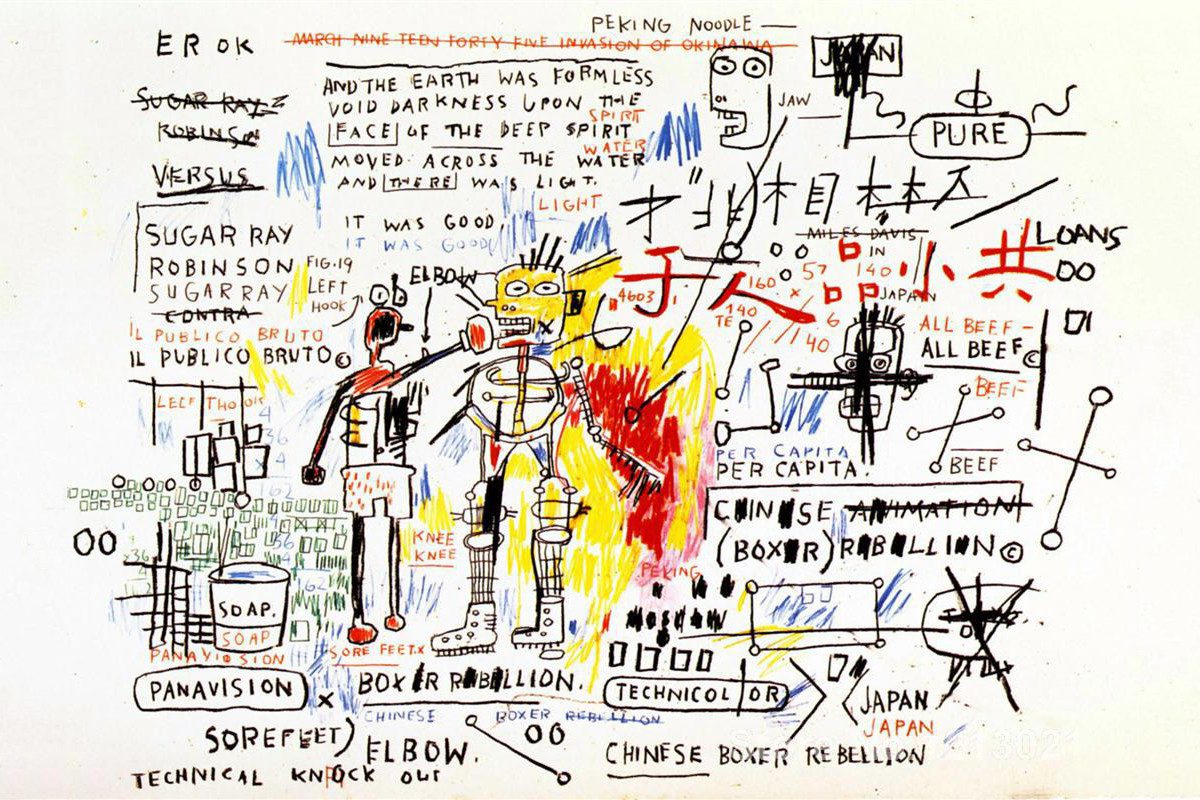 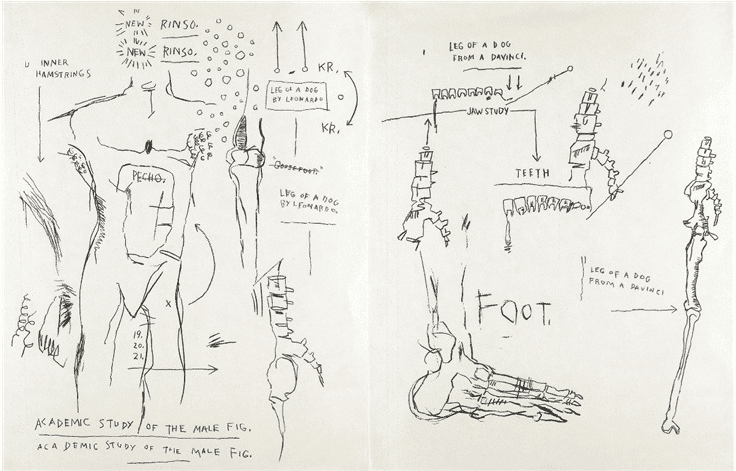 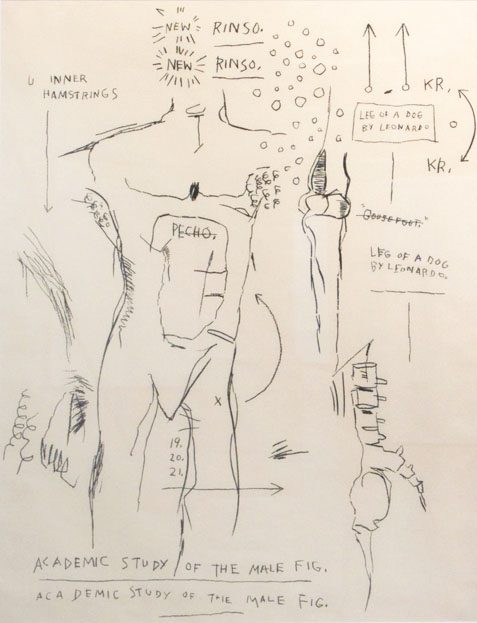 Academic Study of a Male Figure 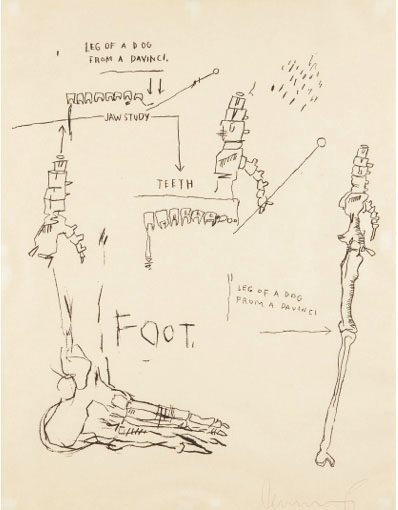 Leg of a Dog 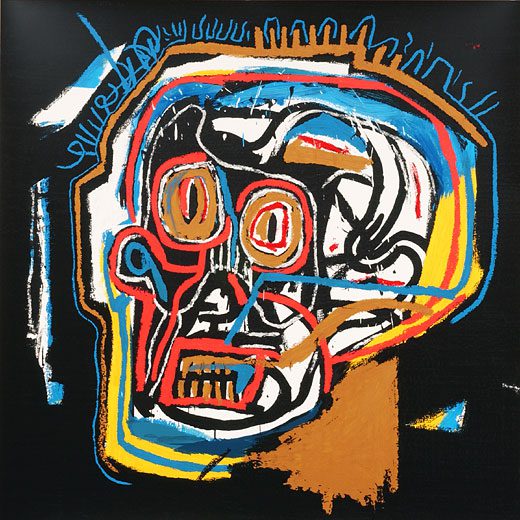