Joan Miró was born as the son of a goldsmith and jewelry maker in Barcelona in Northern Spain. He studied art at the Barcelona School of Fine Arts and at the Academia Gali. Miró worked as an accountant for nearly two years until he had a nervous breakdown. His parents finally accepted their son's choice of a career as an artist without giving him too much support. In 1920 Miró made the first of a series of trips to Paris. He met Pablo Picasso and many of the other great painters and artists living in Paris – the center of arts in the late nineteenth and first half of the twentieth century. In 1924 his painting style took a turn to Surrealism. By 1930 the artist had developed his own style. Miró's art is characterized by brilliant colors combined with simplified forms that are reminiscent of drawings made by children at the age of five. Joan Miró art integrates elements of Catalan folk art. He liked to compare his visual arts to poetry.

Miró was a dedicated printmaker who worked in lithographs and etchings with carborundum. Miró is among those modern artists like Picasso or Chagall whose works were published in editions targeted at a collector audience, making Miró art available for art lovers around the world. 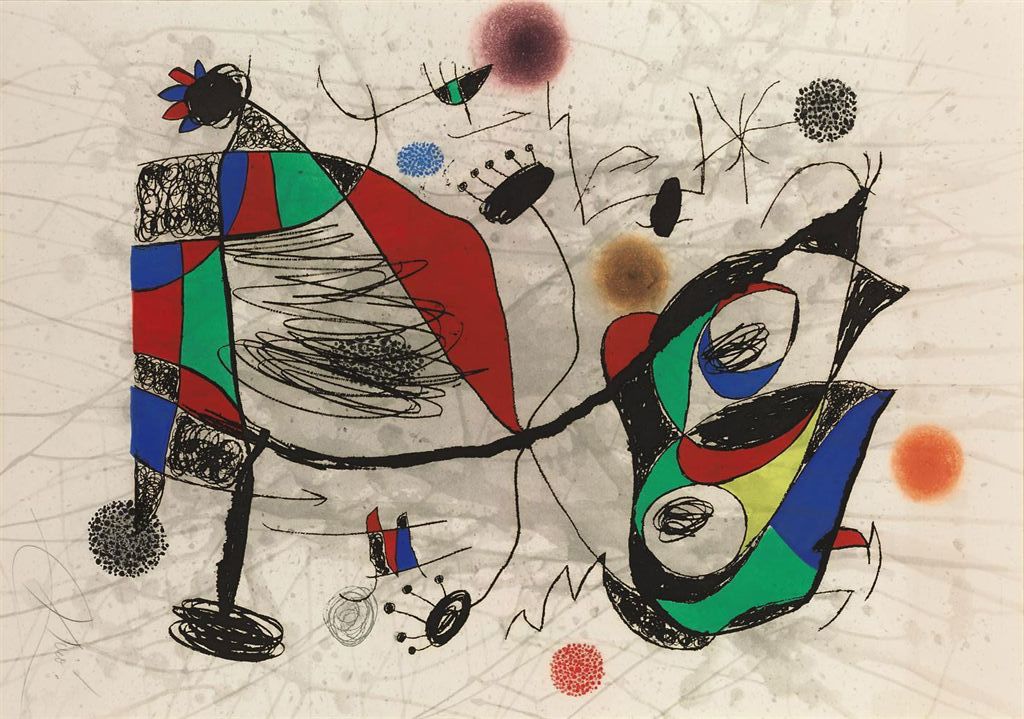 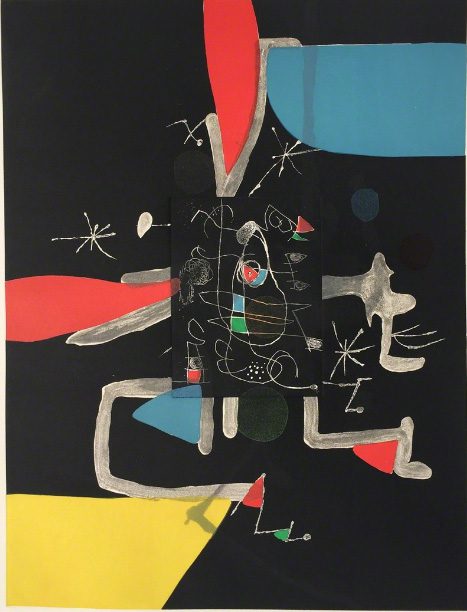