Always the entertainer, Ceet can often be found telling an animated tale to a crowd of wide-eyed listeners. The ending is always the same as the audience doubles over in laughter, and a big grin emerges from the face of the world's leading graffiti and contemporary artist, Ceet Fouad.

Ceet's voracious appetite for life began in Toulouse (France). He spent his early years painting graffiti on any and all inanimate surfaces in his home town with his street crew,Truskool and Trumac.

His graffiti style reflects his energetic personality and approach to life. Largely based on an interplay of colors and wild style lettering, the finished product is controlled and mechanically executed, yet sophisticated in the design style and finish.

Ceet is not one to sugar coat the truth, and his work often reveals a brutal honesty about experiences from his own life. He has experimented with a variety of mediums; murals, sculptures, graphic design and canvases, through which he exposes his hopes, failures, and opinions with his audience.

Since the mid-80s, he has focused on his canvas work through a mixed use of acrylic, oil, and spray paint. Striving for perfection, Ceet pays meticulous attention to each canvas detail and uses every inch of space to reveal his expressions on life. The quality of his creations have not gone unnoticed, as invitations from galleries, contemporary art shows, and lifestyle brands have confirmed his place on the inter- national stage of contemporary artists to watch and follow.

A trip to China captivated his love for raw energy and in 2003, Ceet left France to share his talents and passion for contemporary art with China. Since 2003, he's been very active in China with diverse exhibitions, events, and artistic performances. Advertising companies and lifestyle brands also call on his talent an art ambassador to global brands such as Adidas, Airbus, Ecko, Loewe, Moiselle, and Prada. Ceet belongs to the group of internationally acknowledged contemporary artists; his work is shown in numerous international graffiti and street art exhibitions around the globe 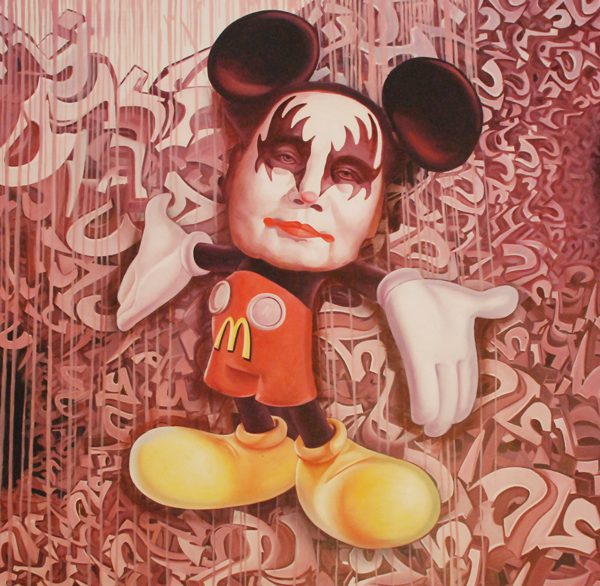