Roy Lichtenstein was born in New York as the son of a realtor and a housewife. Next to Andy Warhol he is considered as THE great artist of the Pop Art movement. The use of familiar subjects like comic strips, bank notes or advertising themes, makes the art of Roy Lichtenstein easily accessible. Lichtenstein grew up under no specific artistic influence – neither at home nor at school. But at the age of 14 he attended a painting class at Parson's School of Design every Saturday morning. From 1940 to 1943 he studied in New York at the Art Students' League. Like Andy Warhol he worked in the commercial graphic business for a while – making designs and decorating shop windows. From 1957 on, he taught at different universities.

Lichtenstein's first experiments with popular images go back to 1956, when he created the famous Ten Dollar Bill print. Then followed a three year period of abstract painting. The drastic change in Lichtenstein's career came with his first painting in the style of a comic strip. It was a painting of Mickey Mouse and Donald Duck. Lichtenstein worked a lot with stencils, thus producing rows of oversized dots that should make his paintings or prints look like a huge mass publication product. Although he prepared and executed his works painstakingly like the old masters, he wanted his works of art to look like machine made. One of his peculiarities was, that he did not want his brush strokes to be seen.

Other than paintings and sculptures, the artist produced a number of prints for which he used different techniques: lithographs, screenprints, etchings and woodcuts. Often he combined these techniques in one print. 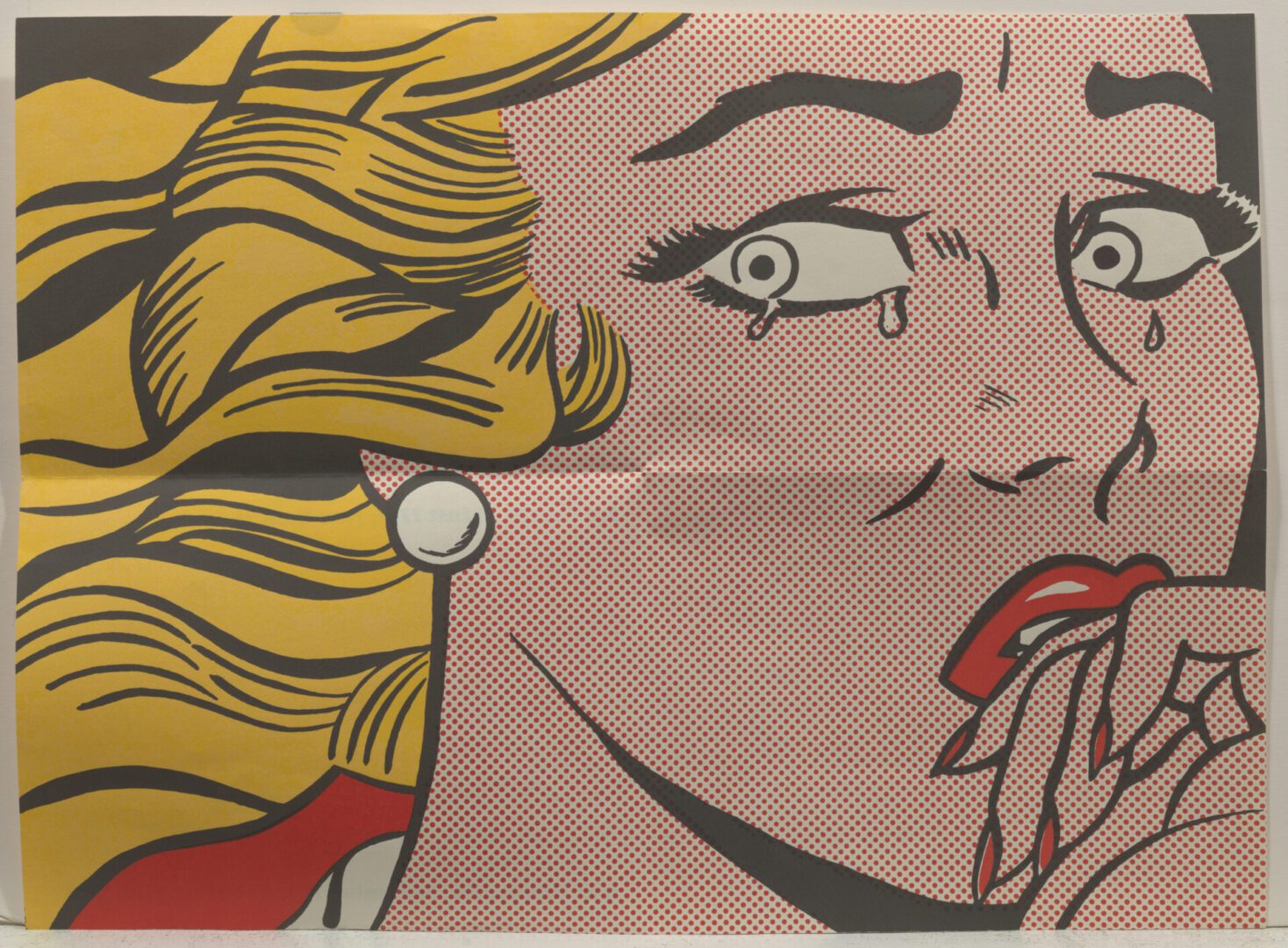 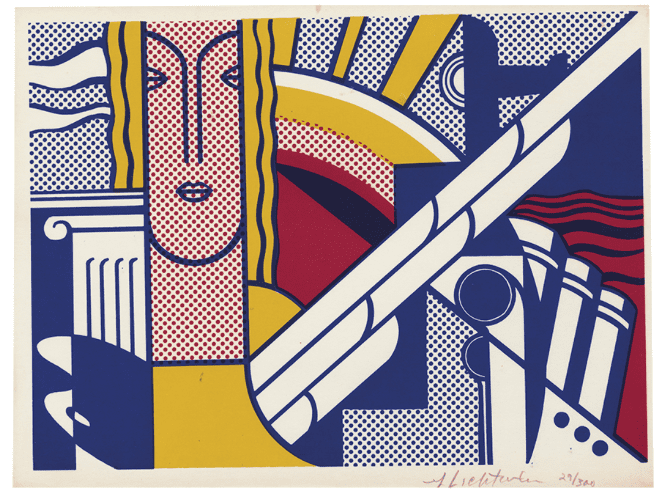 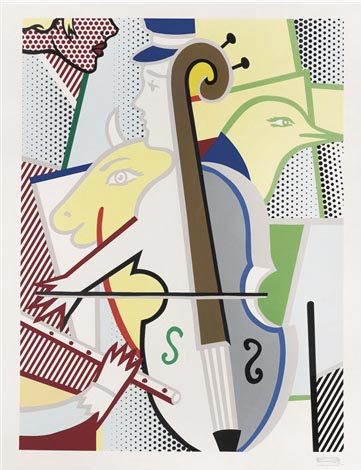